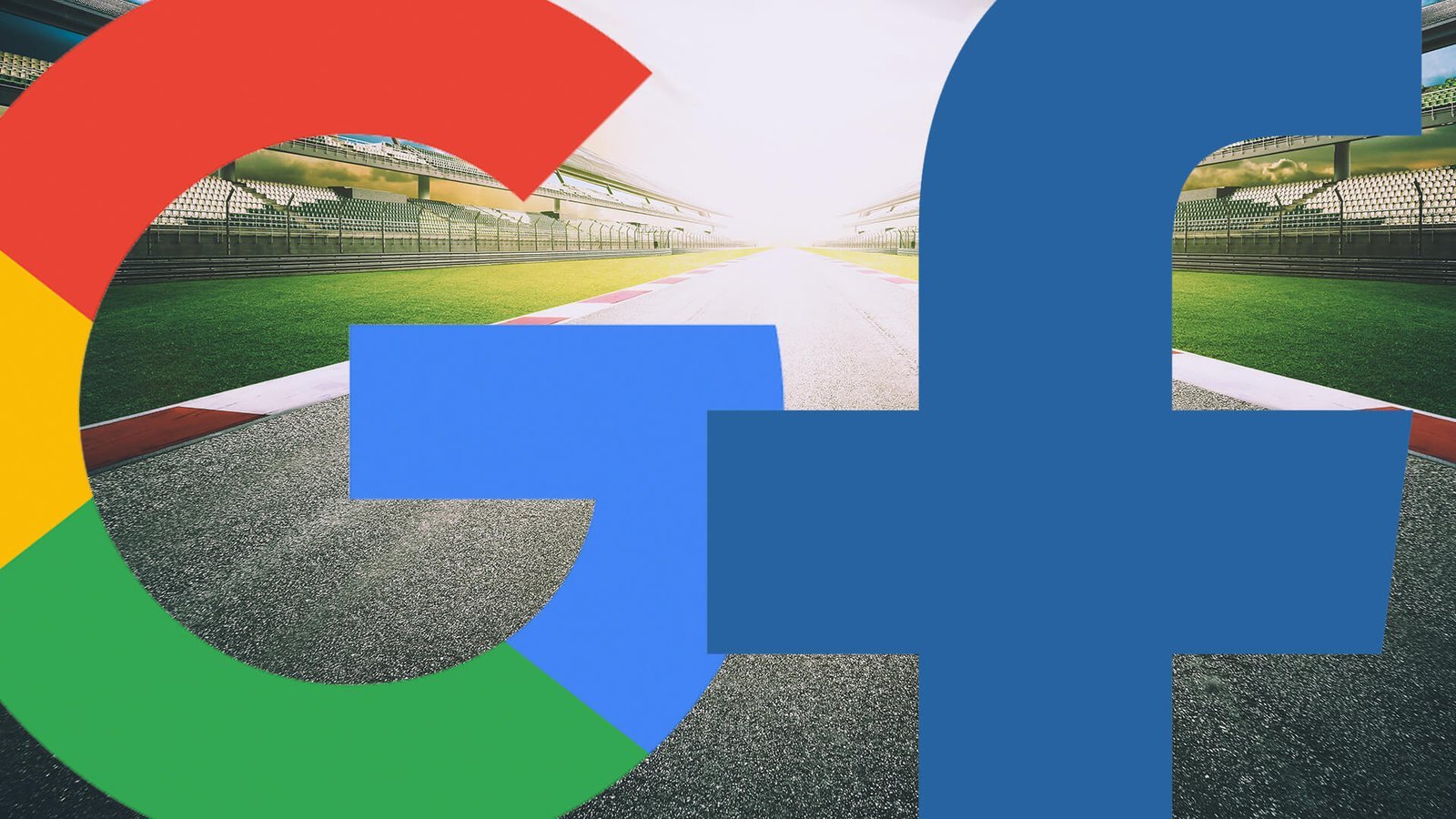 After a year fraught with terms like “fake news,” and headlines centering around brand safety issues and extreme content, it appears the actions taken by social sites to curb the influx of malicious content is turning out to be a real boon for search referral traffic.

For the first time since 2014, Shareaholic says search outpaced social in the percentage of overall traffic it delivered in 2017. According to the analytic platform’s data, search drove 34.8 percent of site visits in 2017 compared to social networks which accounted for 25.6 percent of referral traffic.

Chartbeat, an analytics platform for online publishers and media organizations, has witnessed a similar trend with traffic from Google search to publisher websites up more than 25 percent since the start of 2017.

“Google Search has always been the largest referrer to Chartbeat clients,” writes the company’s CEO, John Saroff, on Chartbeat’s blog, “In late August, Chartbeat data scientists noticed that Google Search referrals across our client base were trending up.”

The CEO says his team initially thought the rise in Google referrals were attached to events like last year’s solar eclipse and Hurricane Irma, but traffic continued to rise even after news headlines around the events subsided. Instead of falling back into normal patterns, Chartbeat saw Google search driving even more traffic to publisher sites.

“At a high level, it’s clear that social media’s tenuous grip on being the top referral category is over. After beating out search for the last three years, it’s given back the title, driven by changes to the algorithms behind Facebook’s News Feed,” writes Shareaholic in its latest traffic report.

Shareaholic’s findings are based on traffic to more than 250,000 mobile and desktop sites that have opted-in to the content marketing platform’s publishing tools. The company says it analyzed a variety of traffic sources — direct traffic, social referrals, organic search and paid search — for websites that ranged in size from a thousand monthly unique visitors to one million, and spread across a broad selection of website categories (food, tech, fashion and beauty, marketing, sports, general news, and more).

Even with a double-digit drop however, Facebook remained the top social network for share of visits in 2017.

Shareholic notes the changes Facebook has made to its news feed algorithm, boosting content from “trusted” news sources while penalizing spammy, click-bait headlines, influenced the site’s drop in share of visits: “After a rocky 2016 US election year, Facebook made a number of major changes to what content they display in the news feed and how they display it.” 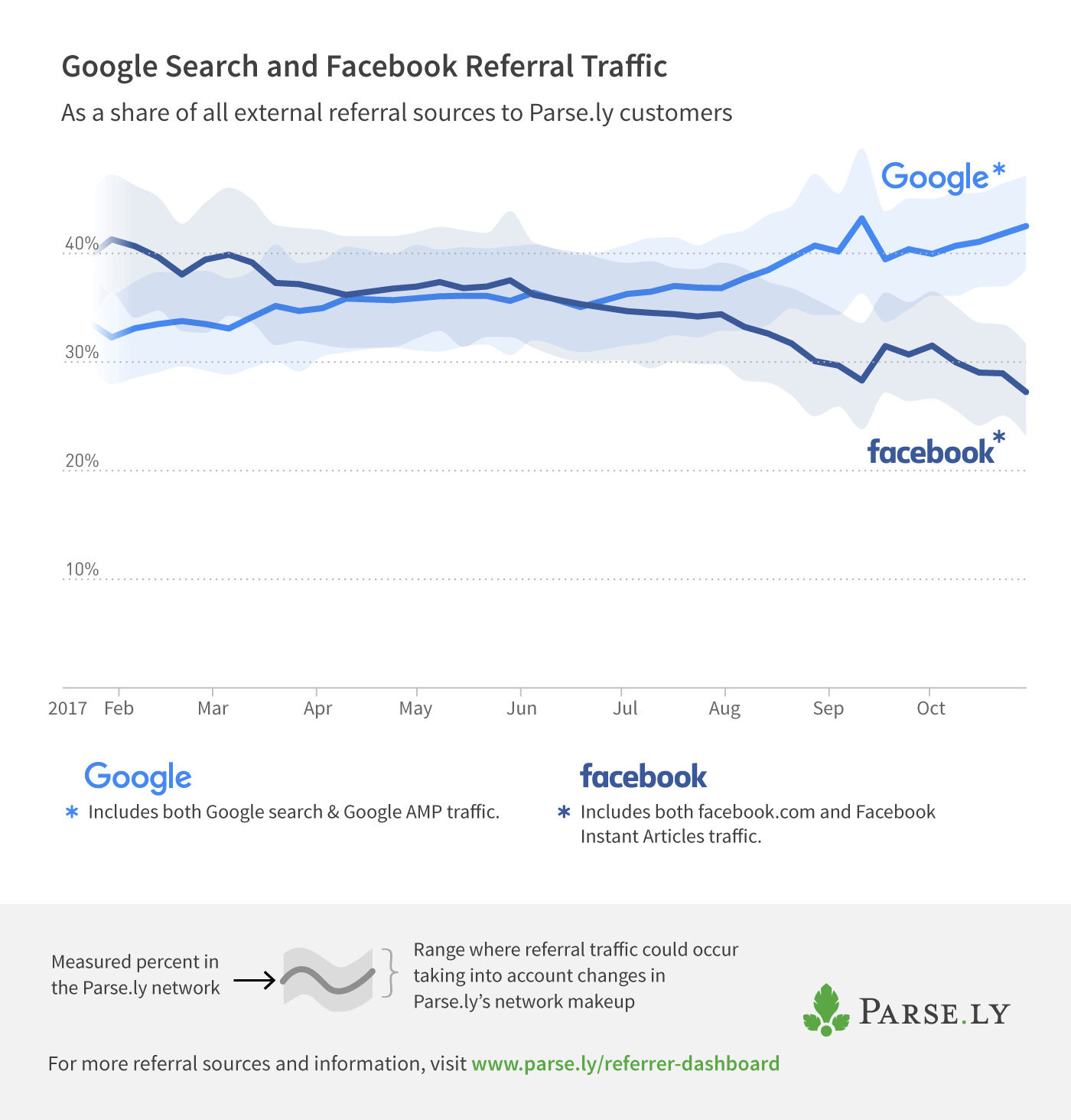 While Shareaholic’s traffic referral report is based on a wide category of websites, Chartbeat’s data is specifically attached to publishers’ web traffic.

As mentioned earlier, Chartbeat saw a 25 percent surge in traffic to publisher sites by Google search over the last year. Josh Schwartz, Chartbeat’s chief of product, engineering and data, told Digiday that Facebook referrals to publishers was down fifteen percent in 2017 — aligning with Shareaholic’s findings.

Facebook’s news feed algorithm tweaks to curb fake news and spam content are definitely impacting its overall referral traffic numbers, but Chartbeat reports the most significant factor driving traffic to its clients’ sites is AMP content. After analyzing whether or not the rise in traffic was the result of a bug, or “un-darkening” of previously dark social traffic and finding nothing, Chartbeat turned its attention to mobile versus desktop traffic numbers.

“While Mobile Google Search traffic to our AMP-enabled publishers is up 100 percent over the same time-frame, traffic to publishers not using AMP is flat.”

Amy Gesenhues is Third Door Media’s General Assignment Reporter, covering the latest news and updates for Search Engine Land and Marketing Land. From 2009 to 2012, she was an award-winning syndicated columnist for a number of daily newspapers from New York to Texas. With more than ten years of marketing management experience, she has contributed to a variety of traditional and online publications, including MarketingProfs.com, SoftwareCEO.com, and Sales and Marketing Management Magazine. Read more of Amy’s articles.