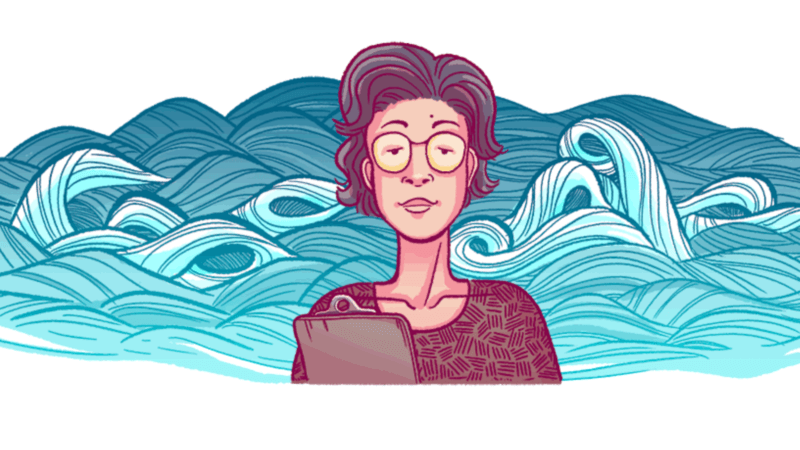 Today’s Google doodle honors Katsuko Saruhashi on what would have been the geochemist’s 98th birthday.

Saruhashi was renowned in her field of geochemistry and spent much of her career advocating for the advancement of female scientists.

“She was deeply committed to inspiring young women to study science, and established the Saruhashi Prize in 1981, recognizing female scientists for distinguished research in natural sciences,” writes Google Doodle on its Google Doodle Blog.

Google says she was also the first scientist to accurately measure the concentration of carbonic acid in water, and her work led to the “Saruhashi’s Table” methodology which is now used by oceanographers worldwide. Her research on the impact of radioactive fallout on the world’s oceans resulted in restrictions around oceanic nuclear experiments.

The doodle leads to a search for “Katsuko Saruhashi” and is posted on Google’s US and Japan home pages, along with a number of its other international pages.

Google also included the following quote from Saruhashi in its blog post about the geochemist, an idea that still needs amplification today: “There are many women who have the ability to become great scientists. I would like to see the day when women can contribute to science & technology on an equal footing with men.”

Amy Gesenhues is Third Door Media’s General Assignment Reporter, covering the latest news and updates for Search Engine Land and Marketing Land. From 2009 to 2012, she was an award-winning syndicated columnist for a number of daily newspapers from New York to Texas. With more than ten years of marketing management experience, she has contributed to a variety of traditional and online publications, including MarketingProfs.com, SoftwareCEO.com, and Sales and Marketing Management Magazine. Read more of Amy’s articles.