Brands didn't disappoint this April Fool's Day, taking the opportunity to add a little levity to world. We can all use it! Here are a few of our favorite April Fool's stunts.

Snapchat had a Facebook roasting party with the unveiling of a new filter that mocks FB's pesky Russian fake news problem. The filter puts the user's photo in a Facebook-like frame and adds Cyrillic text and likes from “Your Mom” and “A bot.” Savage, Snapchat, savage!

The children’s toy and destroyer of adult feet tweeted the release of a revolutionary new product, the VacuSort, which promises to suck up and sort by color and brick shape.

Musk turned one of his Boring Company flamethrowers on himself, serving himself a deep burn about Tesla sales reports, and his penchant for selling products that people can't believe are real.

Elon was found passed out against a Tesla Model 3, surrounded by “Teslaquilla” bottles, the tracks of dried tears still visible on his cheeks.

This is not a forward-looking statement, because, obviously, what's the point?

This one made us chuckle and drool at the same time. Kinda funny, but also kinda a great idea?

Chuck E. Cheese sent out an announcement that the chain's fabled Munch's Make Believe Band was calling it quits with a farewell tour befitting this “Beatles, The Rolling Stones level retirement.” 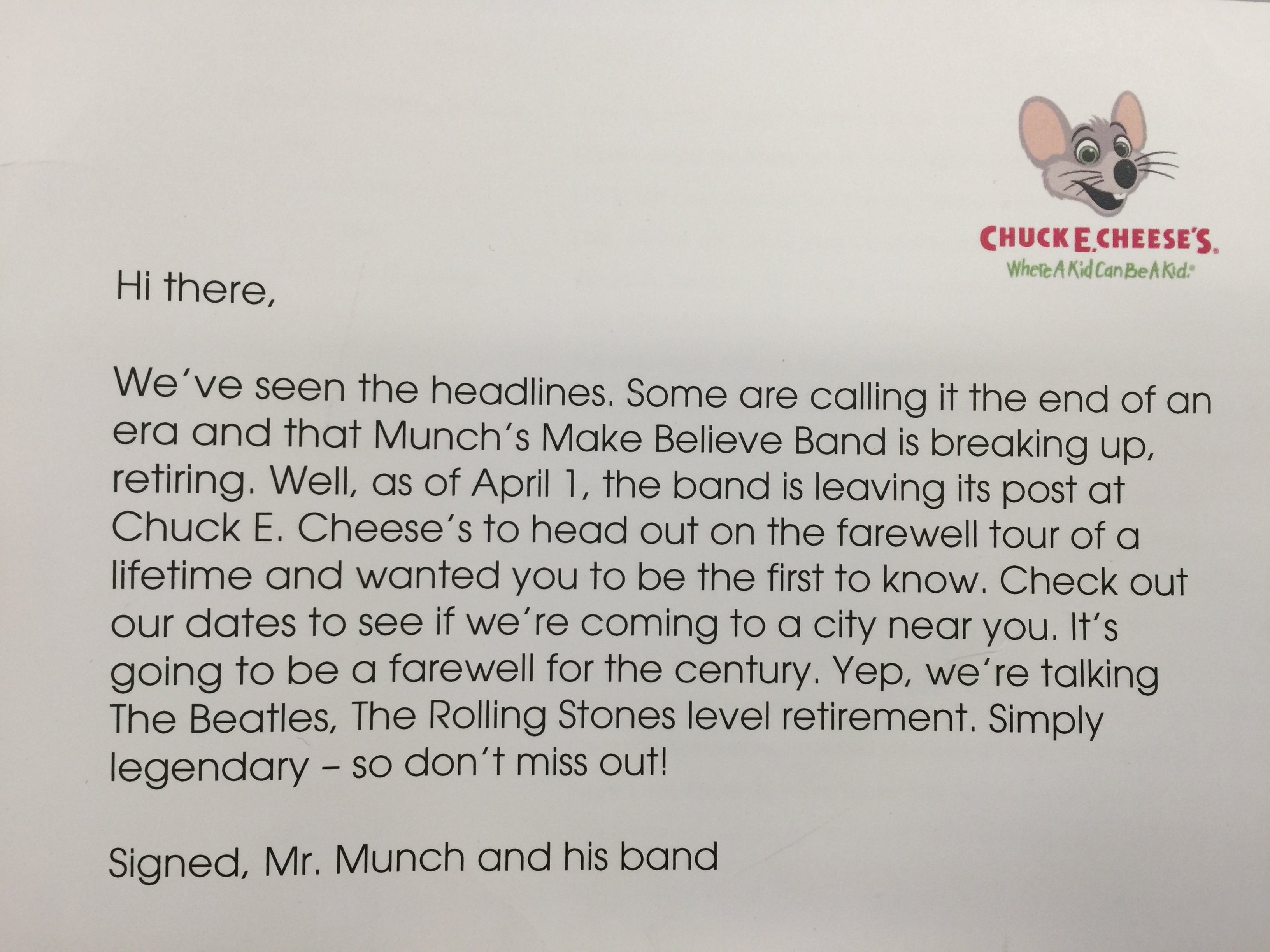 The streaming service didn't settle with Seth Rogen's body of work, they took his actual body, too.

Another one in the “this is a joke but we wish it wasn't” pile is Roku's ad for socks that can swipe, tap and click with the wiggle of a toe.