Following five years as head of creative services and local programming at ABC-claimed WLS-Channel 7, Curtis Miles is leaving to run a station in north central Wisconsin. 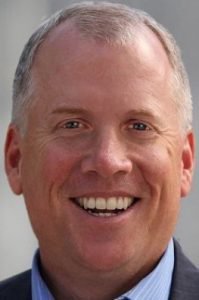 Miles has been named general manager of WAOW, the ABC subsidiary in Wausau, Wisconsin. A 13-year veteran of ABC Television Group, Miles joined ABC 7 as VP of creative services and local programming in 2013.

“He will be remembered fondly and we want him to enjoy all that life has to offer in his future attempts,” John Idler, president and general manager of ABC 7, said in a reminder to staff Wednesday.

Miles is the second division head to leave ABC 7 as of late. In May Vincent Sollecito was advanced following nine years as VP and general deals manager to president of ABC National Television Sales for the ABC Owned Television Stations Group. His position has not been filled.

Here is the text of Idler’s memo to staff:

Please join me in congratulating Curtis Miles. After 13 years with the ABC Television Group, he has accepted a General Manager position with Quincy Media. He will be moving Meg and “the boys” to Wausau, Wisconsin where he will run WAOW, the ABC Affiliate. Since he joined ABC 7 he has been a valuable and well-respected member of our team.

I’d like to thank Curtis for his work and contributions to our success, and I am certain the passion, energy, and creativity he brought to WLS will serve him well in his new role. This a fantastic opportunity for Curtis to work with another great and well-respected broadcast group.

He will be missed and we wish him all the best in his future endeavors.

His last day will be July 21st.