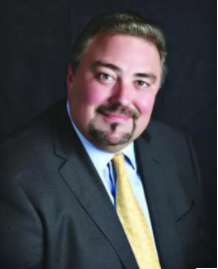 Jackson said the new team will “harness Gannett’s powerful foundation of automotive relationships, marketing services, and local market expertise to build one comprehensive automotive business focused on the needs of the automotive industry.”

The automotive network does business with more than 4,500 automotive dealers and most manufacturers across Gannett’s 109 local markets. Additionally, it offers a broad suite of marketing solutions at the national, regional and local level that include award-winning tools from Cars.com and Reaches Local’s best-in-class digital marketing solutions. 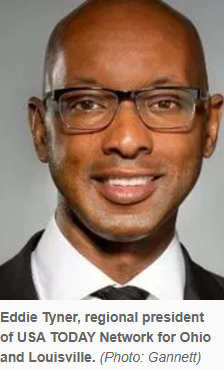 “Commitment to community and providing great career opportunities for our talented employees are both core values of our company. A day like today is clearly a celebration,” said Karen Ferguson Fuson, president of the USA TODAY Network West Group. “Wes Jackson taking the lead for the USA TODAY Network as president of our automotive group is because of the tremendous leadership he has demonstrated in Louisville and at the Courier-Journal. Chad Smith taking on general manager responsibilities at the Courier-Journal is clearly because of his track record and passion as a leader. The fact we have an experienced senior leader like Eddie Tyner ready to take on the role of president of the USA TODAY Network for Ohio and Louisville is a big win for everyone.

“The result of these promotions is we now will have three senior Gannett executives involved in the Louisville community,” Ferguson Fuson said. “This only reinforces our commitment to Louisville.”

Tyner, 46, has worked in publishing for more than two decades, including stints with the Washington Post, Cox, and Tribune Company (now Tronc). Tyner said he’s eager to get involved in community efforts in Louisville.

“People are the most important part of the job, both within the organization and in the community we serve,” Tyner said. “We play an important role in Louisville’s civic life, and I’ll be fully engaged with the community.”

Jackson, 46, joined the Courier-Journal in 2011 to help lead it through a digital transformation and was named president and publisher in April 2012.

“It has been a tremendous honor to lead the Courier-Journal,” Jackson said. “As I moved back to my hometown in 2008, I never imagined an opportunity to lead a historic organization. Today, the Courier-Journal remains the largest news organization in the Commonwealth. It leads all other local media organizations in digital audience and the number of businesses we help with digital marketing solutions.

“This is a testament to a smart, gritty collection of talented employees who, on a daily basis, take on the challenge of transforming our company so it may continue to serve this community. The people who work here inspire me. For every second of work on behalf of the Courier-Journal and our communities in Louisville and Southern Indiana — thank you.” 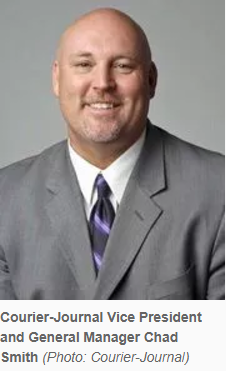 The Courier-Journal and Gannett have a substantial footprint in Louisville with more than 600 employees at the Courier-Journal, a regional studio that designs 31 newspapers every day, a customer service center that serve’s the whole company and now the leadership of USA TODAY Network Automotive. In the past five years, Jackson said, the company has donated millions of dollars of value in service to local charitable organizations through the Gannett Foundation, Courier-Journal Media assets, and employee volunteer work.

Gannett operates USA TODAY and 109 news organizations in 34 states and Guam, in addition to Newsquest in the United Kingdom, which includes more than 150 local digital and print news brands.